Trump announced today that he would be running again, and that his Campaign Manager for 2020 would be Brad Parscale. This is either horrible news or good news depending on where you lean on the political spectrum. Trump isn’t noted for making the best personal moves in the past to put it lightly:

Exhibit A: The Mooch 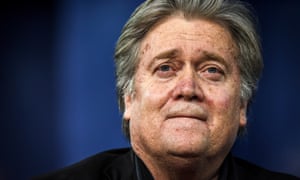 I kinda get this pick because of Slick Steve’s Steamy vibes and overwhelmingly good looks but blatant racist undertones may be a red flag for any presidential council.

But no, Trump has actually made a competent choice in Brad Parscale, especially compared to his ex-campaign manager, Corey Lewandowski, who became more like a scheduling-bitch-to-the-president as the campaign went into its latter stages than an actual campaign manager. Brad Parscale is so competent and so accomplished that I would actually describe him being appointed as Trump’s Campaign Manger as almost UnTrumpian? – if that makes sense.

Parscale is the co-owner of Giles-Parscale, a website design firm based out of San Antonio known for its high-end clients and innovations in the digital marketing space. In fact, his digital marketing prowess has become so legendary, that many question if it was his efforts that gave Trump the late push he needed to win key swing states. It is no wonder then, that The Guardian reported Trump’s biggest recipient of campaign funds was Mr. Parscale. The Guardian reported that the Giles-Parscale firm made almost a third of total of campaign funding in August of election year, and $8.3 million the previous month. The Washington Post states that the Giles-Parscale firm made a total of $94 million from the Trump Campaign for its website development and digital marketing efforts. In the same article, The Washington Post also stated that Trump already has $7 Million stocked up for his re-election.

Brad Parscale came from relative obscurity back in 2015, when he created a whole “exploratory election” site for Trump for a meager wage of $1,500. When the Trump Campaign machine evolved from experimental to actually tangible in 2016, in was Parscale who Trump called to design the official campaign website and oversee digital media directives. Parscale used unprecedented methods to market Trump, such as using Hillary’s “Basket of deplorables” comment to strike up anger in the right, making them a more effective voting base. It was also his idea to abandon Virginia and Ohio, after realizing they were lost causes to the campaign in order to spend marketing and personnel resources (including sending Trump) to Michigan and Wisconsin. This move proved prophetic after Trump won the two historically democratic states. Parscale was also behind the ‘grass-roots’ facebook campaign, which a lot of democrats point to as the reason for Trump’s victory.

Whatever it may be that ultimately won Trump the election, only God knows. But it helps when you have someone on a prodigal level that can read the public like a book and effectively allocate resources to the appropriate places. So now, you have the mind of Parscale, effectively and finally and the throne of what will become one of the greatest media blitzes of all time in 2020. What a Trump campaign looks like without someone incompetent but actually highly intellectual pulling the strings? I don’t know, but it will be interesting to watch.

Top Articles
Sports
The Yankees New Dynasty Has Woken Up
Culture
Le6ron James Will Complete The Process
Culture
Saquon Barkley: The Impeccable
Finance
Honeywell Stock Is Becoming a Juggernaut
Culture
There Will Be No Rick and Morty Season 4